Tegnell about the virus cases: I think the worst is over now

There is reason to believe that the increase in the number of Swedish cases has reached its peak, says the Public Health Agency’s state epidemiologist Anders Tegnell to DN.

– Yes, it might go up some. But then it will in all probability go down, he tells the newspaper.

Tegnell bases its reasoning on the fact that a large majority of Swedish disease cases can be linked to Italy. Despite the increase in confirmed cases in recent days, he does not consider that the risk level needs to be raised from level 3 to level 4.

A total of 94 Swedes have been confirmed infected. 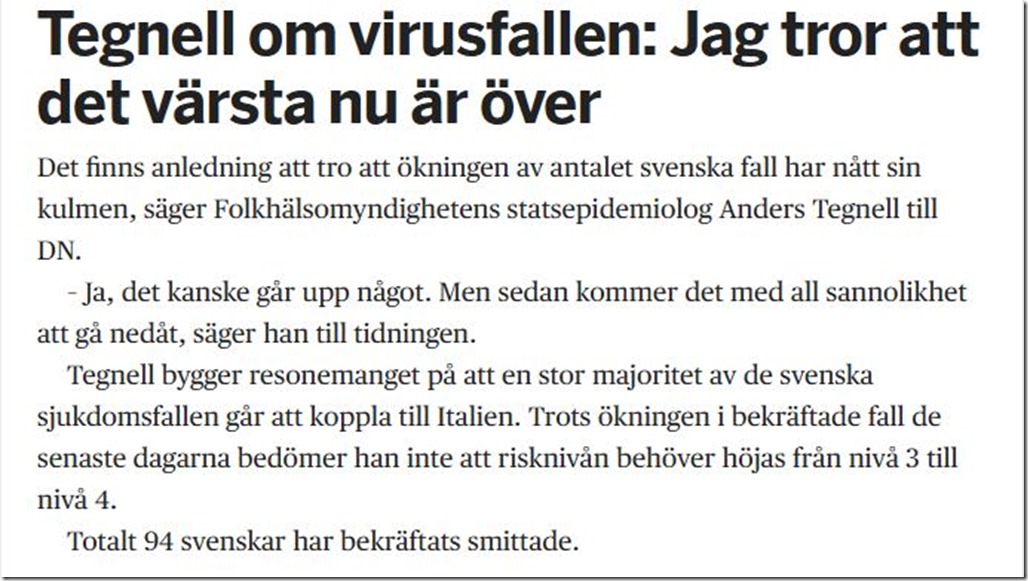